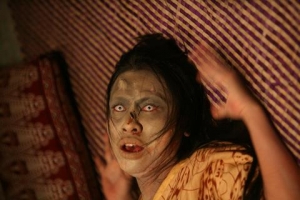 I never wanted to have a blog.

Blogs seemed like yet another internet timewaster to me, in the same league as social networks sites, RSS feeds, trackers and Twitter. And to start a blog in 2009, is really tired – especially for somebody like me who has written on all things internet for more than a decade and used to think of himself as ahead of his time, not as the last one to pick upon internet fads.
(…)
I took a class on Philippine film history with my friend and colleague Rolando Tolentino, and gradually started to learn about the amazingly rich and multi-faceted film history of my host country. At the same time, I travelled a lot and made it a point to pick up as many DVDs and VCDs (an obscure video disk format only in use in Asia) as I could fit in my backpack in countries like Indonesia, Singapore, Malaysia or Cambodia. Other film scholars and movie buffs that I got to know during these travels and at various film conferences supported my research by providing me with copies of hard-t0-get films from their owncollections. And I started to write on the subject, both for academic and for popular publications.

I never wanted to have a blog. But now I wish I would have started it four years ago to document this learning process, and write about the films I saw, the festivals and conferences I attended, the conversations I had with film critics and colleagues. As I am about to leave the Philippines and relocate to Cambodia, I finally decided to get started.